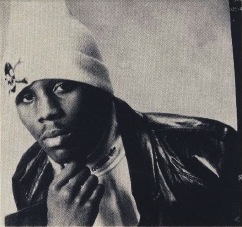 Following two artists that released no albums and two that released albums to limited success, the fifth Unsigned Hype feature came the column's first great discovery. In January 1991, The Source magazine featured a rapper named DMX the Great. The then-20-year-old Yonkers rapper had a demo tape that had "all four [tracks] ... boomin'", and had a style that "sounds most like LL, Parish [sic] and K-Solo". The article mentions DMX's claim of being the "real author of 'Spellbound'", the 1990 single by K and his biggest hit, and concludes by saying that "the only thing K-Solo got up on him is a record deal", a statement that would longer be true two years later when he lost his record deal.

The five years following his Unsigned Hype feature proved to be a huge mix of highs and lows for DMX. Even with his shaky early years, DMX rose to become one of the most successful rappers ever in the late-1990s before I will be detailing his career up until his 1998 debut album, as everything after that is already both well-known and well-documented and reposting it here will serve not much of a purpose.

DMX's first major appearance came in 1991 when he was a guest on The Stretch Armstrong Show, performing alongside Percee P. The next year, he independently released the single "The Born Loser" b/w "Catching the Same Hell" on an early incarnation of Ruff Ryders (many years before it became a hip hop powerhouse), and was the label's first release. The 500-copy run had its tracks written while DMX was in jail and feature, particularly on "Born Loser", heavily self-deprecating lyrics that are completely non-existent in his later work. The single caught the attention of Ruffhouse Records, who re-released the single through Columbia. However, DMX was dropped from Ruffhouse soon after without releasing any additional material.

DMX began his rise to superstardom in 1995. He appeared on Mic Geronimo's posse cut "Time to Build" alongside Jay-Z and Ja Rule. He also appeared on two singles by Pudgee tha Phat Bastard: "Inner City Blues" and "You Ain't Know", the latter of which features one of DMX's craziest verses ever. His two Pudgee guest appearances feature a very lyrical, poetic and introspective DMX, way before his hyped-up persona. He had no work released in 1996, but his comeback in 1997 was marked by the creation of the rapping style you typically associate with DMX.  He notably appeared on the singles "4, 3, 2, 1" by LL Cool J, and "24 Hrs. to Live" by Ma$e, amongst a posse cut and a remix. In 1998, DMX blew up with his Ruff Ryders-released It's Dark and Hell Is Hot and soon became one of hip hop's hottest rappers due to his instantly recognisable voice and highly energetic rapping.

DMX's climb up from the Unsigned Hype article to a sustainable career rapping took a period of seven years, and he was only able to attain this success through his own label (albeit with backing from Def Jam). Interestingly, the earliest rapper featured in Unsigned Hype to secure a major record deal would only achieve that deal after years of obscurity and struggle in unsigned territory.

*I have only included songs from DMX's discography before 1997
Posted by Prolific at 6:33 AM

All written content is Copyright © Hip Hop Was? 2015-2018 unless otherwise stated. All rights reserved by the author.
Contact me: hiphopwasblog@gmail.com